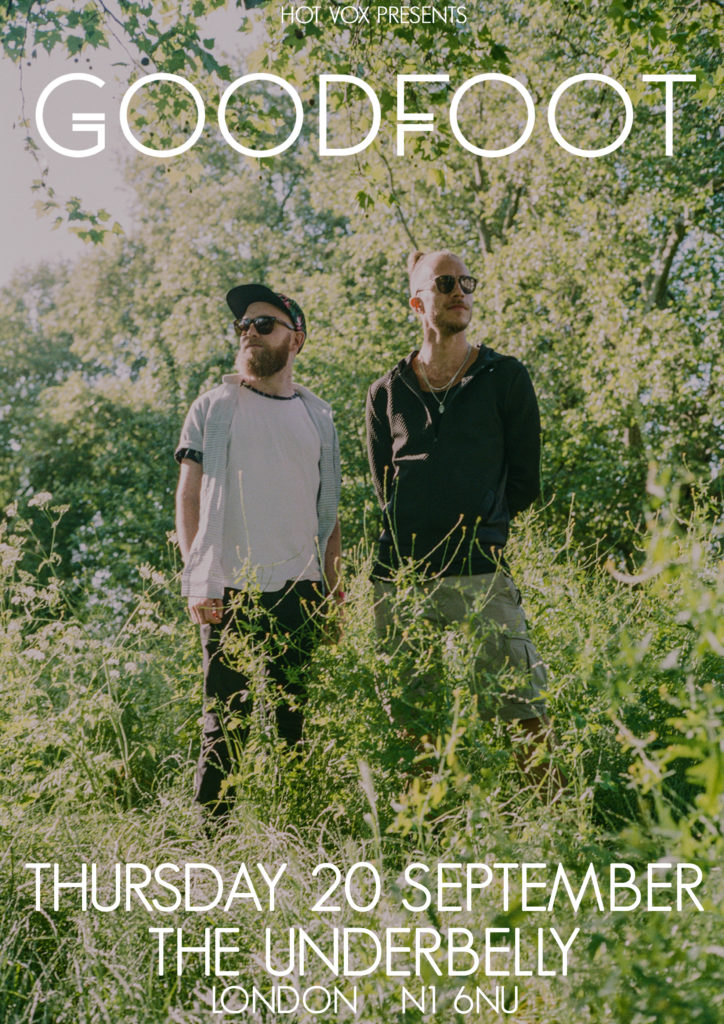 Goodfoot are a London-based duo. Huw Foster & Danny Sharples form the creative partnership behind Goodfoot, a funk & soul act on a mission to create intelligent pop, heavy grooves and good vibes. Drawing influence from the likes of Daft Punk, Chic, Erykah Badu and Prince, Goodfoot released their debut EP New Shoes in 2017, with new music due to drop in summer 2018.

LILO - taking her cues from a variety of influences including hip-hop, neo-soul, and electronic pop (to name a few) LILO has been blurring the lines between genres and creating a style that’s all her own. A human melting pot of sounds both old and new, LILO is already drawing comparisons to the likes of Janelle Monae, Kimbra and Nao.

Kayte - washed in melodic, soulful RnB, Kayte shines an intimate light on the reality of life recovering from mental illness with warmth, humour and insight, creating tunes that reflect the hidden parts of an increasingly complicated life.

Podramu - Podramu has only just recently started out as a solo singer-songwriter after a decade of singing covers for rich people, but, alongside his trusty band of friend-sicians, he hopes to conquer the world and ultimately face Donald Trump in a fight to the death. His influences include Rufus Wainwright, The Divine Comedy and Stevie Wonder. He is currently recording his first live studio album and believes it will be ‘lit’, though doesn’t fully understand what this word means.