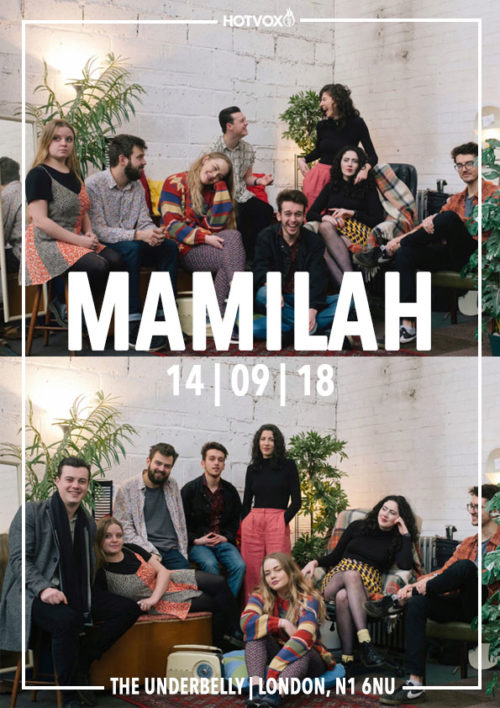 Mamilah originated in Leeds in early 2017, amongst a group of musicians from all corners of the UK and Ireland.Their awareness of the commonly misused umbrella term ‘Neo-Soul’ for any modern R&B/Soul sparked the Mamilah flame, a flame that strives to exude a more traditional soulful blend.

Inspired by artists such as Judith Hill, Stevie Wonder, Nubian Twist and Aretha Franklin, they bring a fresh twist on what it is to be soul. Since their inception, they have played in Leeds most reputable venues such as the Belgrave Music Hall, Smokestacks, The Brudenell Social Club, and The Wardrobe; alongside Leeds heavyweights Têtes de Pois and Necktr, and Manchester group Children Of Zeus. After their debut London gig at Camden Assembly in April 2018, they are now confirmed to support KOKOROKO.

They are looking forward to a summer playing various festivals such as Long Division Festival and Manchester Jazz Festival. Their newest release ‘Sundrips’ is a powerful ballad that brings back nostalgic Soul inflections whilst maintaining a fresh and organic sound.