A sweet night of psychedelic guitars and atmospheric rock:

Voodoo Rays - 4-piece rock band from east London. Formed in 2010, they are now working on a seventh album. Their most recent albums, ‘Wider’, ‘Homecoming’ and ‘In The Night Garden’ are now available to download at Bandcamp. The big alt-psyche sounds of the Voodoo Rays will make you trip out.

Tokyo Taboo - The duo comprise of singer Dolly Daggerz and guitarist Mike, who are joined by a band for their live shows. Dolly takes inspiration from iconic performers from Heart to David Bowie and Karen O, and Mike simply loves a good riff. Tokyo Taboo is a perfect amalgamation of Dolly and Mike’s influences; inspired by Manga, Japanese culture, drag and 80s fashion, they are true performers, with an image that equals the intense vibrancy of what you hear on record.

A night of indie, electronic and more indie acts!

We Faith - Clever indie guitars and hooks. For fans of Foals and The Horrors!

The Trusted - 4-piece alternative rock band from Southend-On-Sea, formed in 2016.

The Barratts - The Barratts’ return has been long awaited since their EP launch in June 2016 - now they return with new material embodied in a run of singles planned throughout the year. Their classic indie sound has been labelled as a worthy alternative to Northampton’s stale club scene.
Click here for The Barratts Spotify.

The Ruffs - the overall sound of The Ruffs is a UK garage/indie/rock blitz with purposeful lyrics about everyday life with the occasional slow heart felt ballad.

Big tunes of house & classics we all know and love with the slickest re-edited tracks for the groove lovers.

Zigfrid Bank Holiday weekends are for all those in the frame of mind for a helluva good time. Come for a sweet night in Hoxton Square’s institution for the music minded. 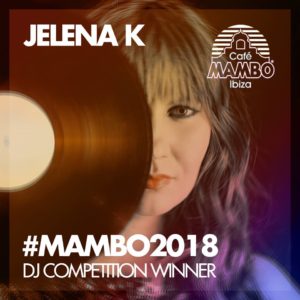 The Mighty Fallen - Indie, prog-rock with melodic flowing riffs to short sharp rock with a definite funky side.

Iceberg - ambient indie soul from a 2-piece act with tones of Warpaint and Liz Phair.

It’s been a long time coming, and its finally here A 90S BABY SHOW LIVE SHOW!

The evening will be filled with laughter, games, hot topics and good vibes.

SEATING IS UNRESERVED AND IS ON A FIRST COME, FIRST SERVE BASIS.

Alexis Kings - British rock band from St Albans in the UK, formed in 2015 with influences ranging from The Rolling Stones and Oasis to the greats of hip hop, resulting in a classic dark rock and roll with an R&B undertone.

They will be presenting their new single “Magic Mind”.

£5 advance tickets via TicketSource / £7 on the door

The Butterfly Wheel are celebrating the upcoming release of their EP ‘Wisdom’s Waters’ with a night of HYMNOTIC, psychedelic feminine magic!

Junky Love kick things off - a relatively new London based act but they have hit the ground running with their first single ‘Hooked’ already receiving air play over at Radio X.

The Thinking Men - prepare yourself for a high octane performance, the likes of which have probably been rarely witnessed! Well established Norwich based band have enjoyed lots of recent air play including Kerrang Radio, where Johnny Doom said he ‘likes their dirty rock’n’roll feel’ - come see for yourself - they wont disappoint you.

Katalina Kicks are a well established act that Ive had the pleasure of working with for a very long time. They get played so much on the radio, are an an amazing live band - and also lovely people to boot! They’d love to see you:-)

Advisory warning: Underbelly is about to be rocked to its foundations! You will be subjected to some loud noise, crazy antics, suspect dance moves and a night of pure unadulterated rock’n’roll. See you all there x