Halfcut DJs was conceived by two close work colleagues, Simon Middleton and Richard Gibson, over a few rum & cokes at Ushuaia Ibiza with a vow to one day return to the island and be behind the decks.

Having hosted a series of their own club nights in London with an eclectic taste ranging from House, EDM, Techno, Breaks and beyond, the pair are on a mission to play the freshest, dirtiest and most tasteful head bangers until the dance floor collapses.

MANI’S LOVE LETTER
Mani’s Love Letter with the title of Birmingham’s 7th Young Poet Laureate and over a decade of writing music under his belt, Mani shines differently to all his peers. With a variety of genre bending and sonically outstanding music, being a member of Young Identity, having a modelling venture with J’adore Manchester, as well as crafted poetry and immaculate style, he brings some very new elements to the table.
@MANIUNCHAINSDRAGONS

MADI SASKIA
Madi Saskia is a young person with an old soul. Through her music she influences those around her through her imaginative material. She is one woman who pioneers modern soul, taking her music to venues around the UK and blowing her audiences away with her power-house vocals. Madi’s unique, influence style can be described as socially conscious with an R’n’B twang. She is a critical thinker who uses real life experiences to enhance her creativity, with owning a genuine love for music and spoken word.
@MADISASKIAMUSIC

OB THE AUTHOR
Cuban and Jamaican writer who was raised in Florida for some time with he’s grandparents before returning to the UK where he was raised by he’s farther. He fell in love with music at a young age and enjoyed dancing around the house. Before he knew it, he was writing from the age 13. Realizing he wanted to do this for a living. Music helped him to find himself, spending a lot of he’s childhood and life by himself, it helped to teach him to express himself and go from the writer to OB the author.
@OBTHEAUTHOR

GEORGIE KELLER
South East London’s GEORGIE KELLER, 20, is currently working with various producers across Europe developing his sound. GK has had a very good year so far and is now ready to hit the road with shows across the UK with his band.
@GEORGIEKELLERMUSIC

MARCO HARDY
Marco Hardy is an Italian singer/songwriter born in Pesaro on the 30th of October 1998. He starts to play guitar at 4, thanks to his dad that shares Marcos love for music. Marco has been influenced by artists like Ed Sheeran, Passenger, Paolo Nutini, Norah Jones, Damien Rice, Bob Dylan and James Bay to name some. Artists that lead him to writing his own songs when he’s 14. On the 7th of August 2017 Marco released his debut EP, “Glances”. That same month, after his successful audition at the “Access To Music” college, Marco moves to London to kick start his artist career.
@MARCOHARDYOFFICIAL

The ChartHouse Music Showcase features an array of artists and musicians performing in an intimate environment for industry and fans alike.

Artists are yet to be announced but you can expect a line-up full of talent and exciting new music.

Food is available! Check out our menu here.

KYLA BROX Kyla’s voice remains a stunning example of the soul singer’s art: turning up the heat by degrees, lulling and charming before unleashing emotional catharsis, and blurring the distinction between pleasure and pain like the soul greats of old.

Whether fronting the mighty Kyla Brox Band, or harnessing undiluted soul power in a duo with musical and life partner Danny Blomeley, Kyla Brox is without doubt the most authentic UK blues and soul singer of her generation.

“Her breathing control is superb but, more than this… Kyla’s vocal is natural and very clean… with a depth of feeling…” - Blues Matters 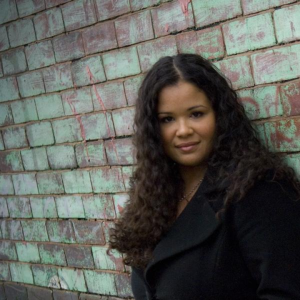 ROLLO MARKEE Rollo Started playing Blues at the age of seventeen having been inspired by his mentor Julius Junior. Twenty years on he has developed a rich, passionate and authentic blues voice. His valve amplified Harp playing is full of tone, style and energy. Working as a musician an actor and a dancer has made Rollo the consummate Frontman, his ability to engage with and enthuse his audiences has won him admirers across Europe.

“Rollo Markee is one of the most authentic Blues harmonica players this country has produced for years”– Pete Johnson, Jazz FM.

THE GREG MILLER BAND The Greg Miller Band features Blues Harmonica Player Of The Year / Jazz World Harmonica Champion Greg Miller on vocals and harp. Greg Miller has opened for Van Morrison, and his band regularly play across UK and Europe, packing out Blues nights with their unique sound.

Singer/Rapper Alicaì Harley was born in Kingston 11 in Jamaican, where her passion for music started at the young age of 3. She recently released her single ‘Gold’ on Bruk Out which has received a large amount of airplay on BBC 1xtra.

Ava Rene is a 22-Year-Old artist from North London. She began singing at the age of 12 and enjoyed exploring different genres of music.

Ava has an album worth of high-quality soulful pop songs that she’s ready to share with the world. Her first Single “Okay” released worldwide on 20th October is a heartfelt song about enduring life’s challenges.

East London born Rose Gray is making some waves in the music scene with the release of her debut EP ‘Blue’ last month. Growing up in a family of creatives Rose naturally fell in love with music, writing and poetry.
Her sound is soulful, there are jazz and Motown influences but also something a little different. Having worked closely with Alan Nglish (CeLo Green/ Alessia Cara/ Taio Cruz) Rose’s first body of work is something special. Vocally Rose resonates with the likes of Springfield, Franklin, Winehouse and Warwick, her powerful voice speaks for itself and makes her one to watch for the future.

28-year-old TubbyBoy hailing from South London ( Croydon ) has been doing music for over 10years alone. Since signing a management deal with Dwayne Simpson & being apart of YehBwoyENT his switch up his sound and has been making music you can play and hear in the clubs and relate to. Dropping his debut EP ” BoogieTown ” in February this year has been making noise and will not be stopping as he is due to drop his second EP soon and 2 new singles.

Come and join The Delegates for a set of all time disco and soul classics, followed by a set of your Christmas favourites re-imagined!


An evening with Joseph Fielder and Dave Giles

8 years to the day since The Rileys headlined Shepherds Bush Empire, so Joe and Dave are putting on a gig to commerate their music lives together and apart. There will be four different sets of music, two acoustic sets from Joe and Dave, a full band set and a set from Dave playing his album “Love, Life, Loss and Tea” as it’s also the 5th anniversary of the release of that album.

The set lists contain a mixture of songs from all parts of Joe and Dave’s music collaborations, featuring songs by Contraban, The RIleys, Swain and For Apollo.

Doors open at 7 and the first performance will start at 7.30.

A highly anticipated set from DJ Gabby Gunn who was hand- picked by Danny Howard & Monki for the ‘BBC Radio1 Introducing’ stage at Creamfields 2017 as a hotly tipped talent.

Alongside are 4 upcoming DJ/Producers who are rising quickly through the ranks themselves and are not to be missed within this unique intimate venue.