With open mic, a Hip Hop Karaoke segment and special guest performances . . . this night is not to be missed!!

Hyphen’s EP launch for Dance Songs To Die To.

LOLA YOUNG
Lola Young has become one of the most talked about emerging singer/songwriters in the UK. Although still at The Brit School, Lola began writing and perfoming from an early age, which has already led to a support tour with Lucy Spraggan and playing at iconic venues such as The O2 Academy Islington and The Bedford. Lola has also appeared on the hit TV series ‘Got What It Takes’ and was crowned the winner of the Open Mic UK 2016.
@Lolayounggg

GEORGE PELHAM
George Pelham is a singer/songwriter from London, whose influences range from Prince to John Mayer. He has supported acts such as Rizzle Kicks and Bluey Robinson, held a 4 month residency at Ronnie Scott’s and played Latitude festival last summer. He recently sold out his first headline show at the Cellar in Earl’s Court, and is set to release his debut single later this year.
@GeorgePelham

CRITS
West London Rapper Crits has been loyal to the music for a number of years. He’s collaborated with the likes of Ms Banks, Che Lingo and Akelle Charles (WSTRN). He has released a number of EP’s and has a number of projects in the pipeline. With the support of some radio DJ’s his latest track featured Nina Alexis and Kieron Boothe, it has been play listed on a number of local radio stations.
@CritsOfficial

SUE LILY
A singer-songwriter hailing from the outskirts of South London. Seeing music as a fluid method of self-expression she prefers not to be boxed into a specific genre. That being said, her sound could be described as a gentle merging of Neo-Soul, Old School Hip-Hop, and Jazz; with her roots remaining firm within Soul.
@SueLily_

ABBIE PIPER
Abbie Piper is an 18-year-old singer/songwriter based in Cornwall. Her natural, original, soulful voice has maturity beyond her years. Abbie’s musical influences include Half Moon Run, Foals and Matt Corby. She has supported the likes of Sound of The Sirens, Sunset Sons, Hudson Taylor, Kim Churchill, Ruarri Joseph and has performed at a variety of high profile venues throughout the UK.
@AbbiePiperMusic

DJ Phyz Ed is a PE teacher by day and dope ass DJ by night (not him in pic).

He will pump you into Saturday morning with his aerobic beats of dancey ass House!

Book a table and make all your dreams come true.

Here comes the second Jack’s Hotel party! We’ve got an upcoming release to celebrate, along with some new material to play you, and we’ve just dropped a video for Amber Express!

The last show sold out quickly so, again, make sure you buy your tickets ASAP - seriously! Advanced tickets are at £6 right here right now >>> http://bit.ly/2qKAf9i

Feel-good outfit Divided Soul will start the night and warm things up with their tasty blend of R&B, funk and nu soul. Main support TBC.

We happily welcome the return of the Sunshine Soul Soundsystem to round things off with tasty edits of all the classics you love. NEWSFLASH: we’re open ’til 3 this time.

Eastern Heights, the maestros of sweet soulful disco house, Sundays at Zigfrid bring the party back for another incredible event on a balmy Bank Holiday Sunday. Plus we are going on until 4am! 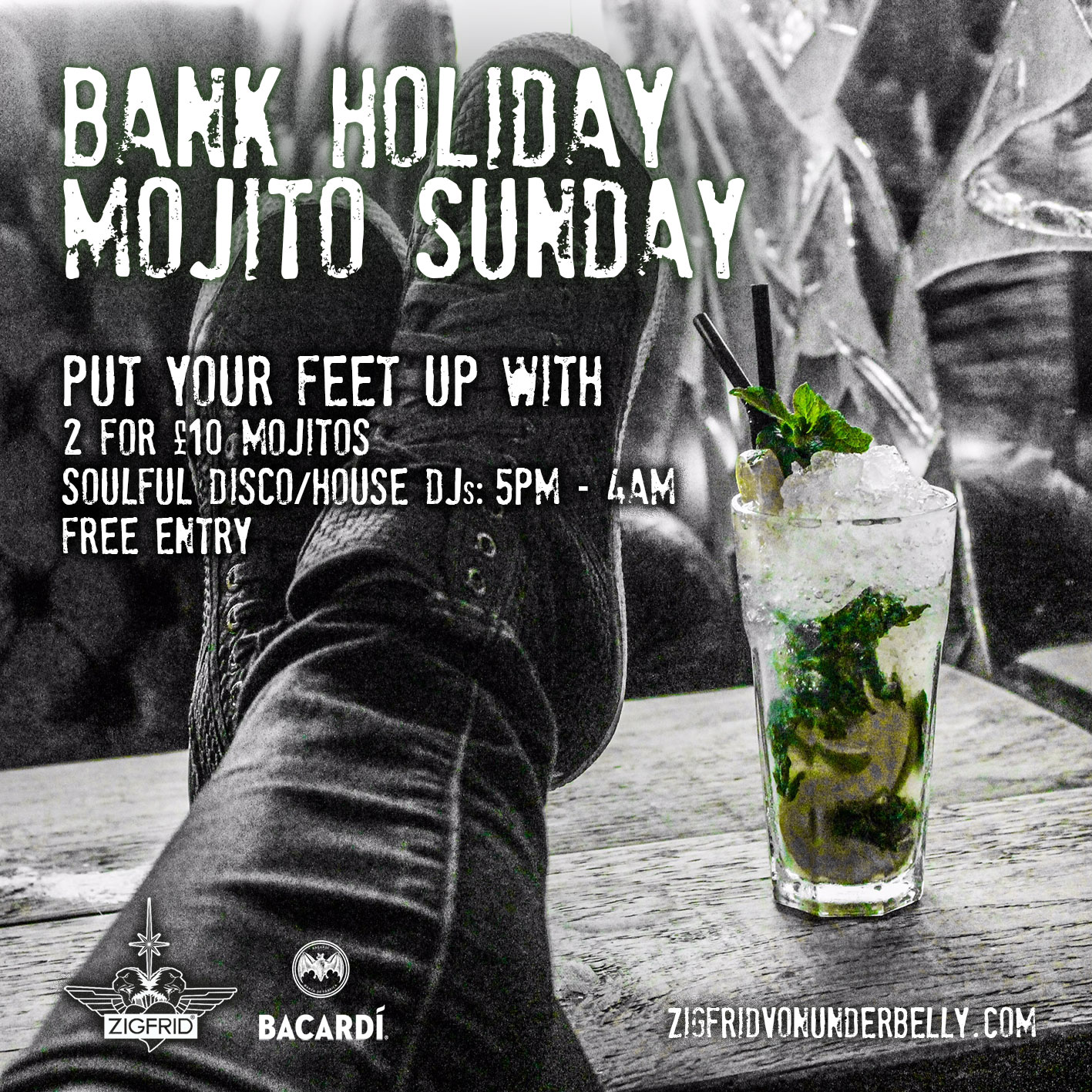 We are very excited to announce that pop music legend Jennifer Paige will be headlining EQ Music Live at Zigfrid von Underbelly in London Shoreditch on 27th July 2017.

DEFINITION and Ziggy are excited to be returning to Hoxton Square! For more than a decade, Zigfrid has been an independent and locally owned art house that can be enjoyed for cosy lounging or a big night out.

Expect quality sound to be coming out of the booth throughout the night, this soiree will feature acts who will each bring their signature beats to enrich your audio pleasure.